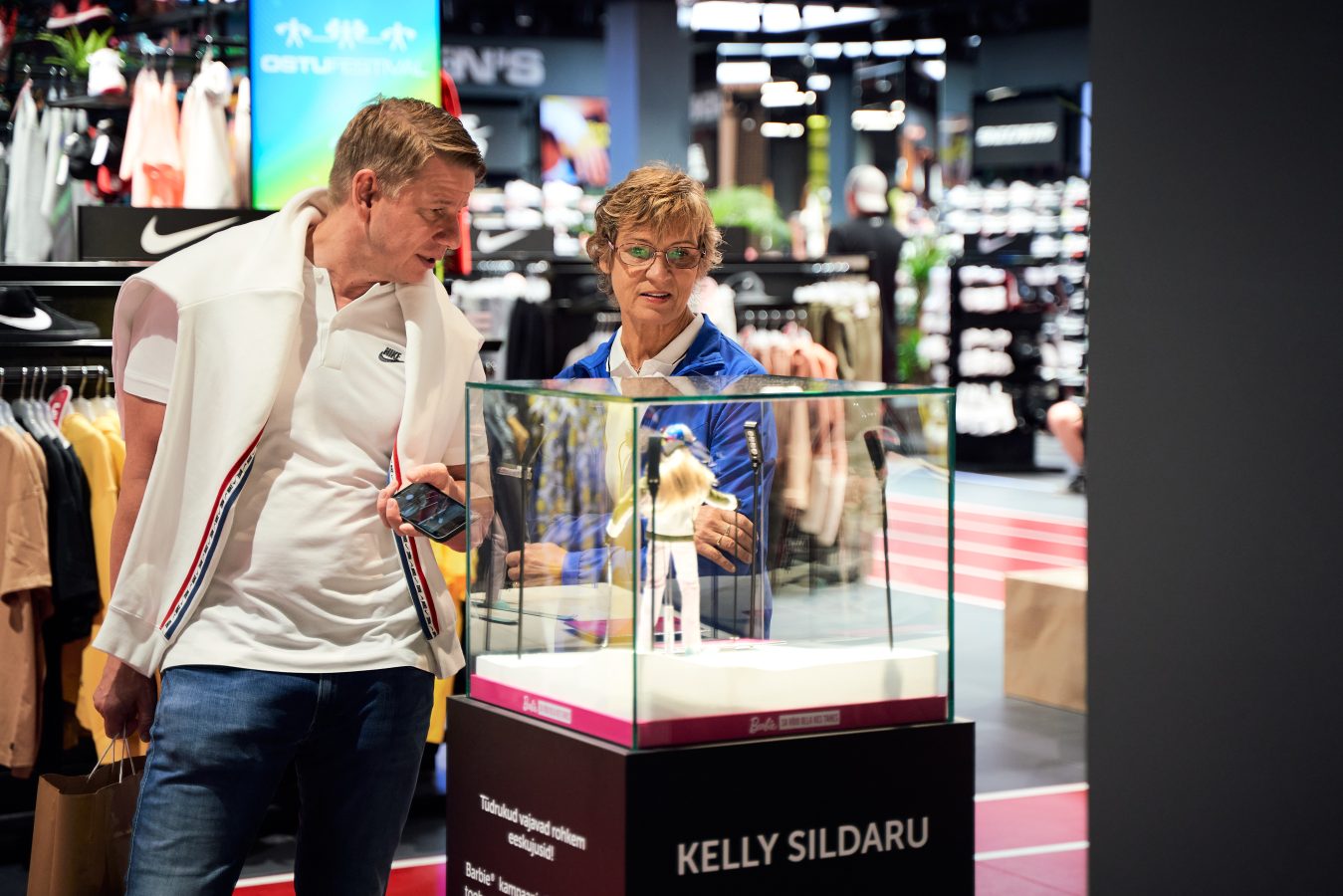 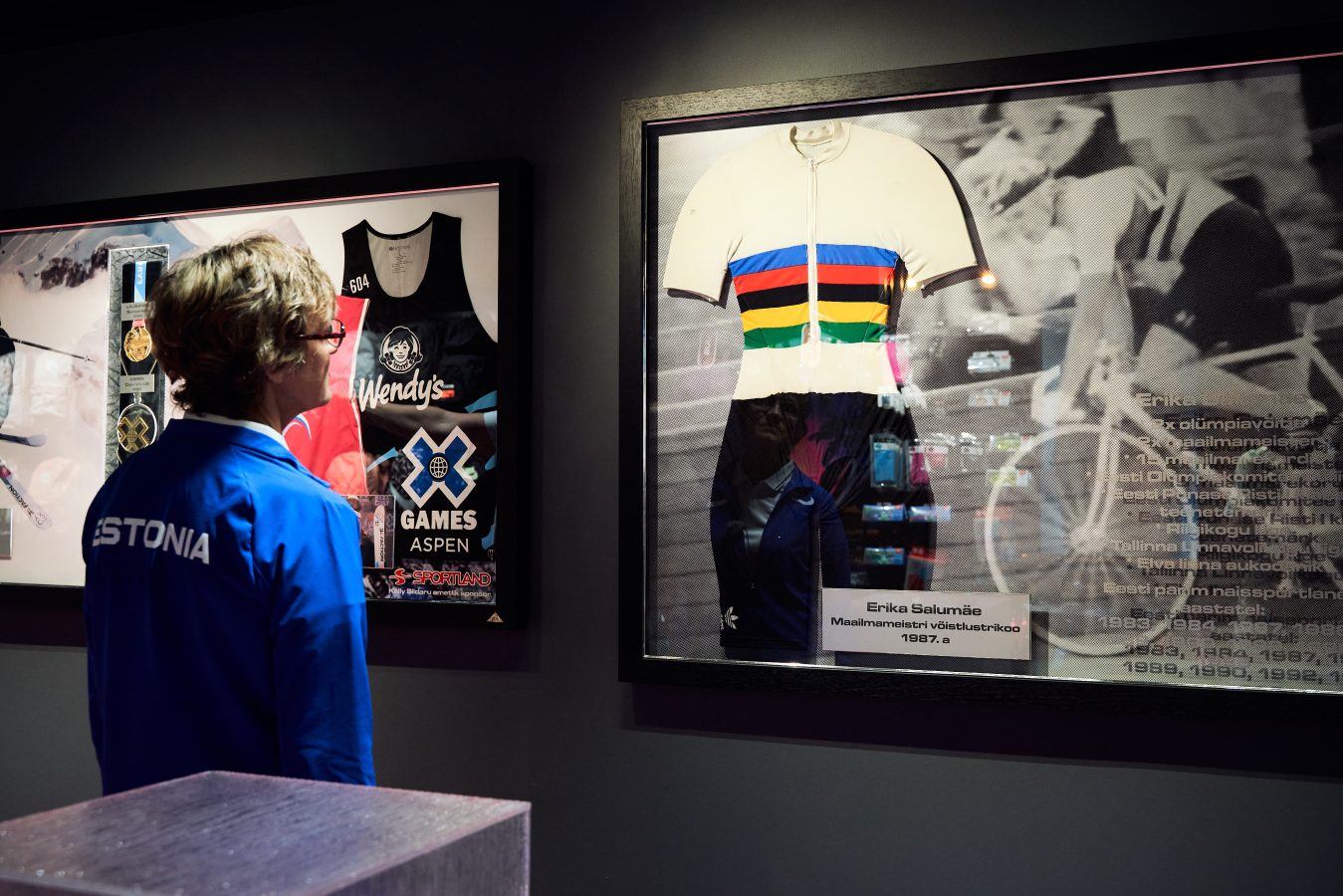 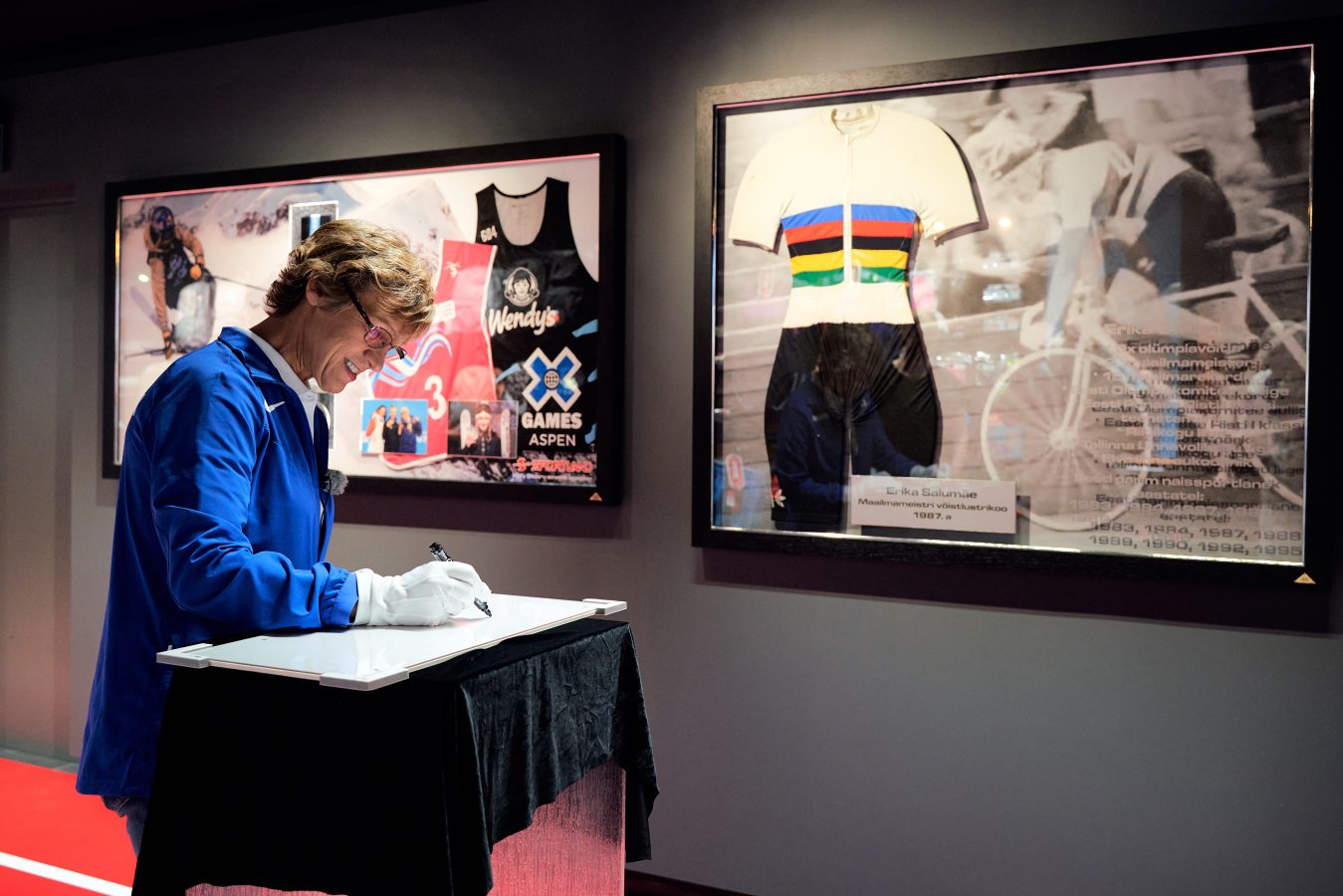 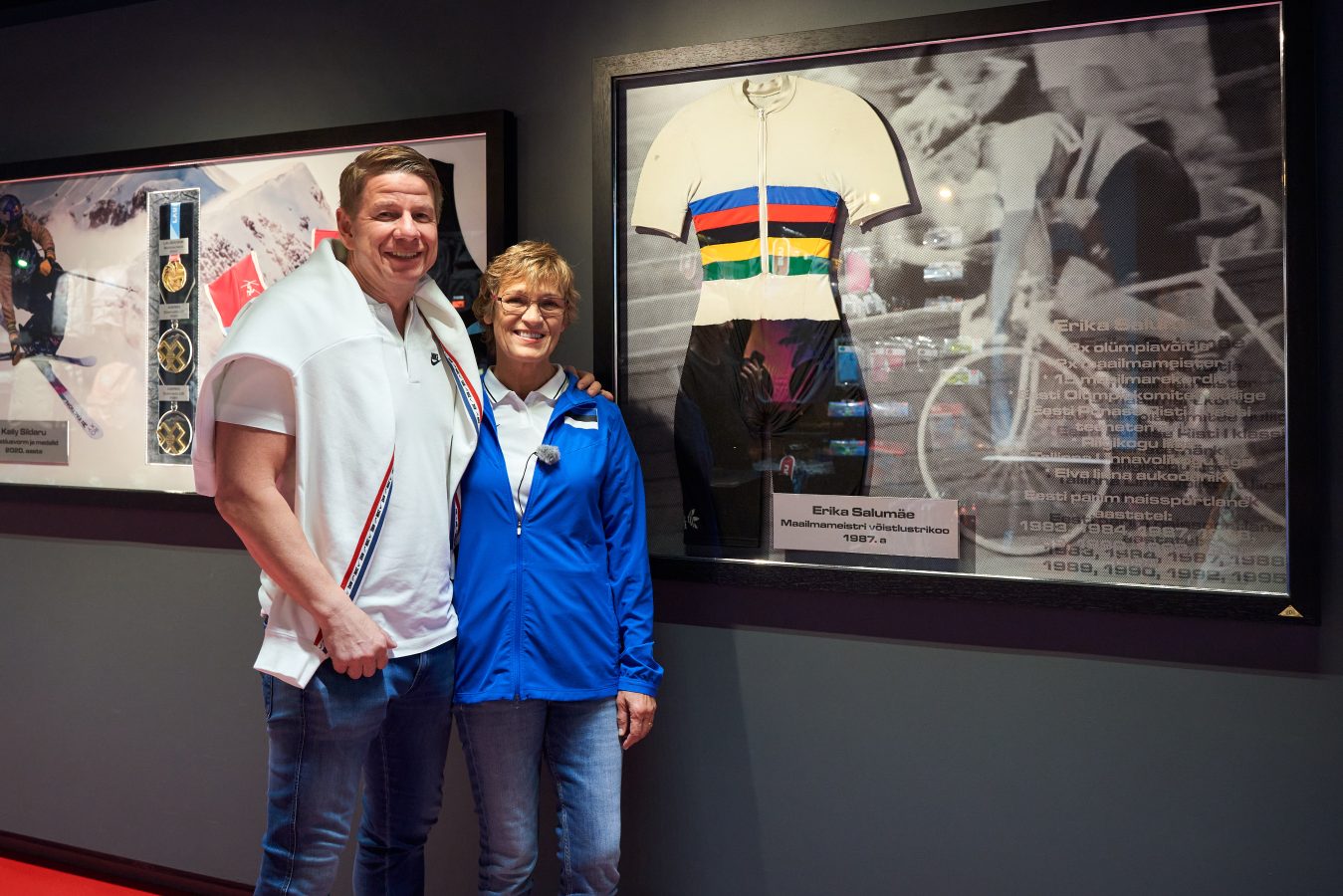 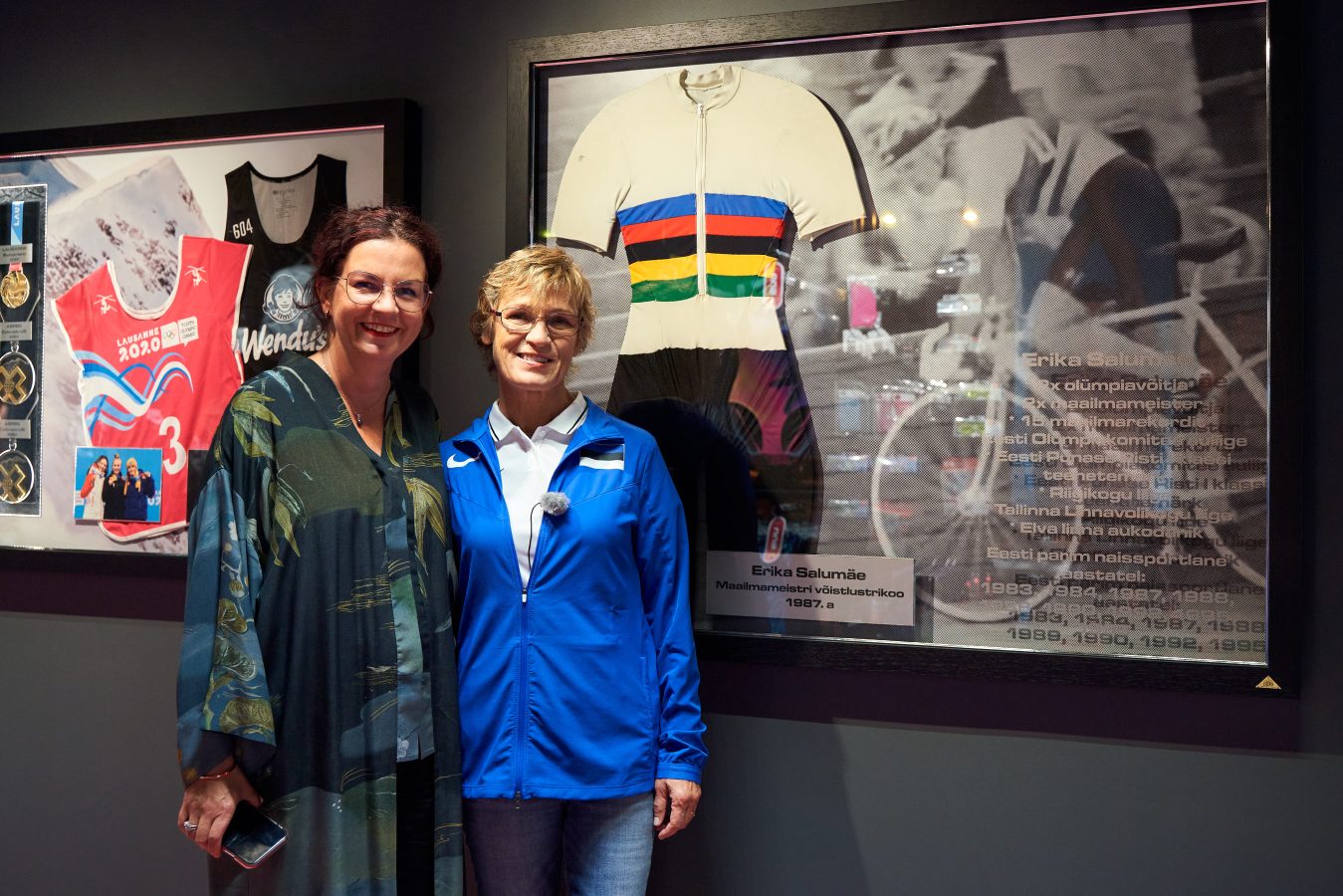 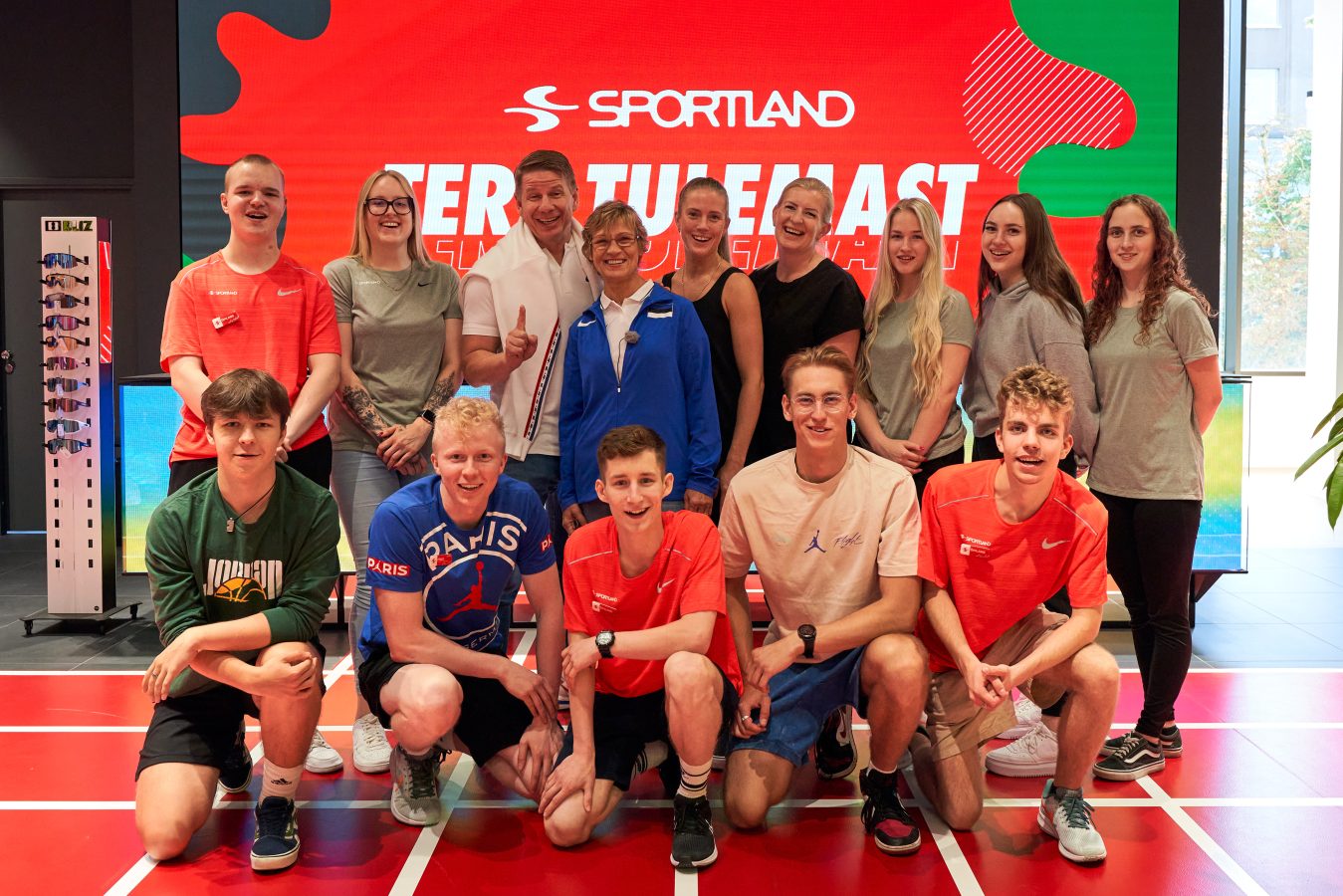 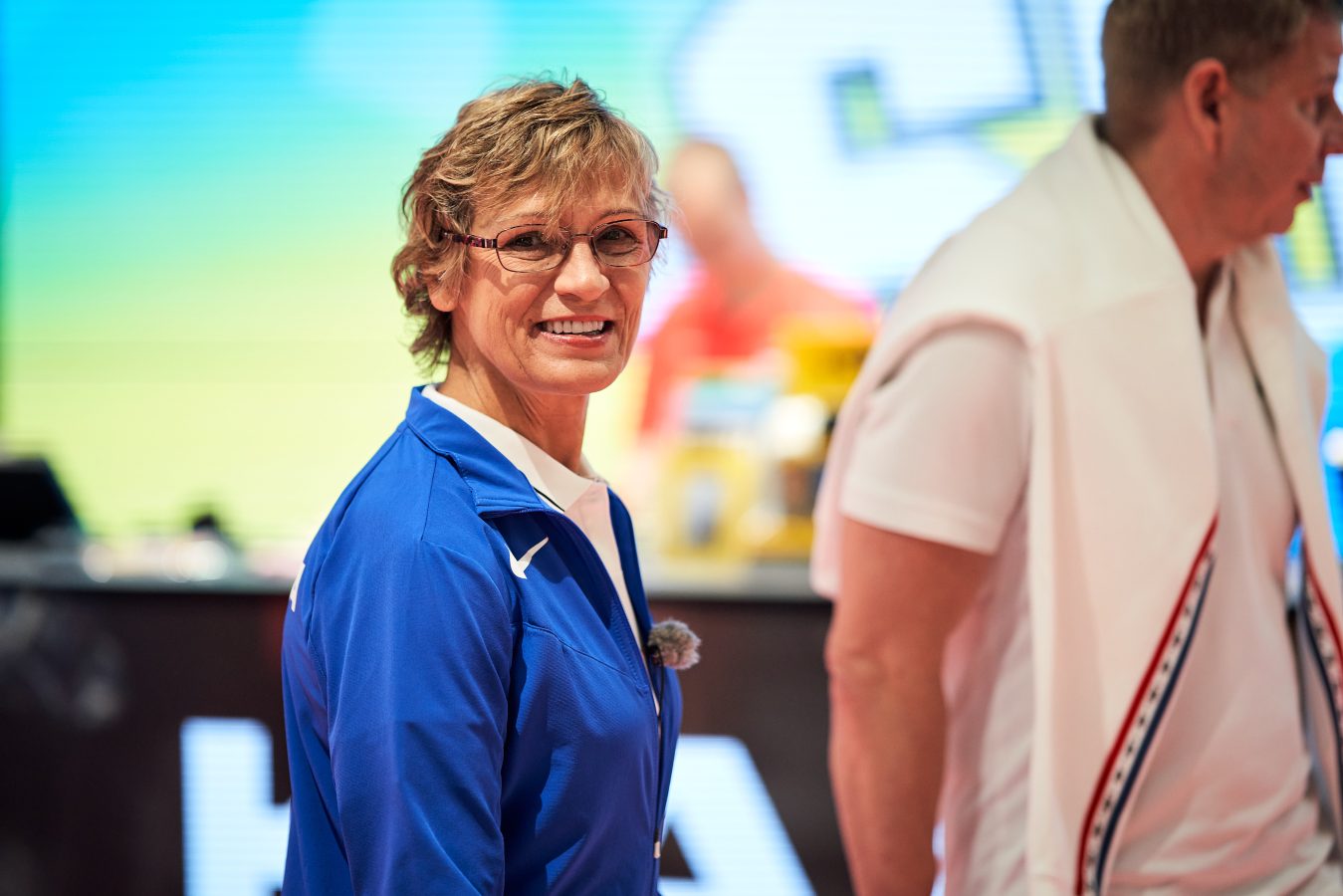 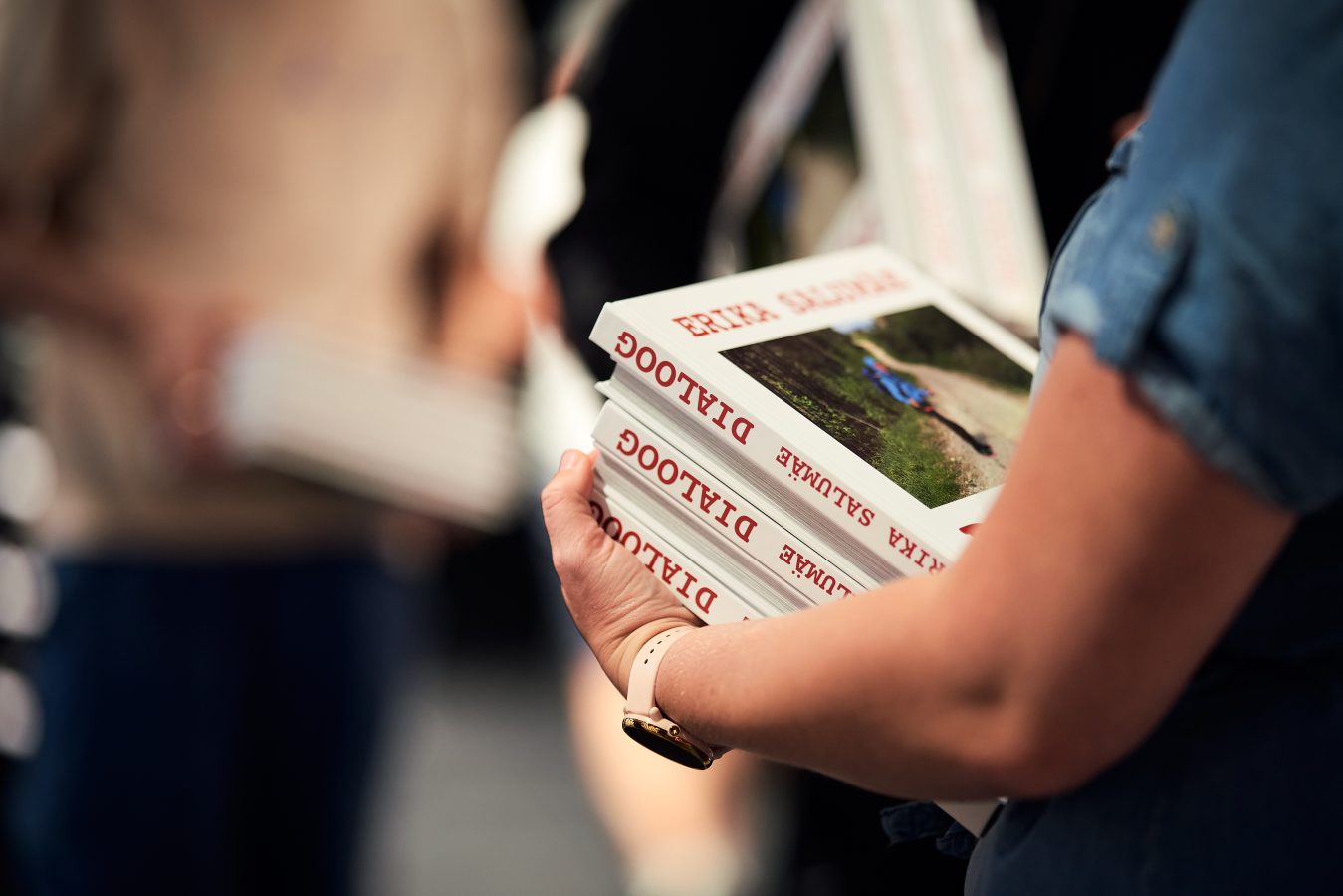 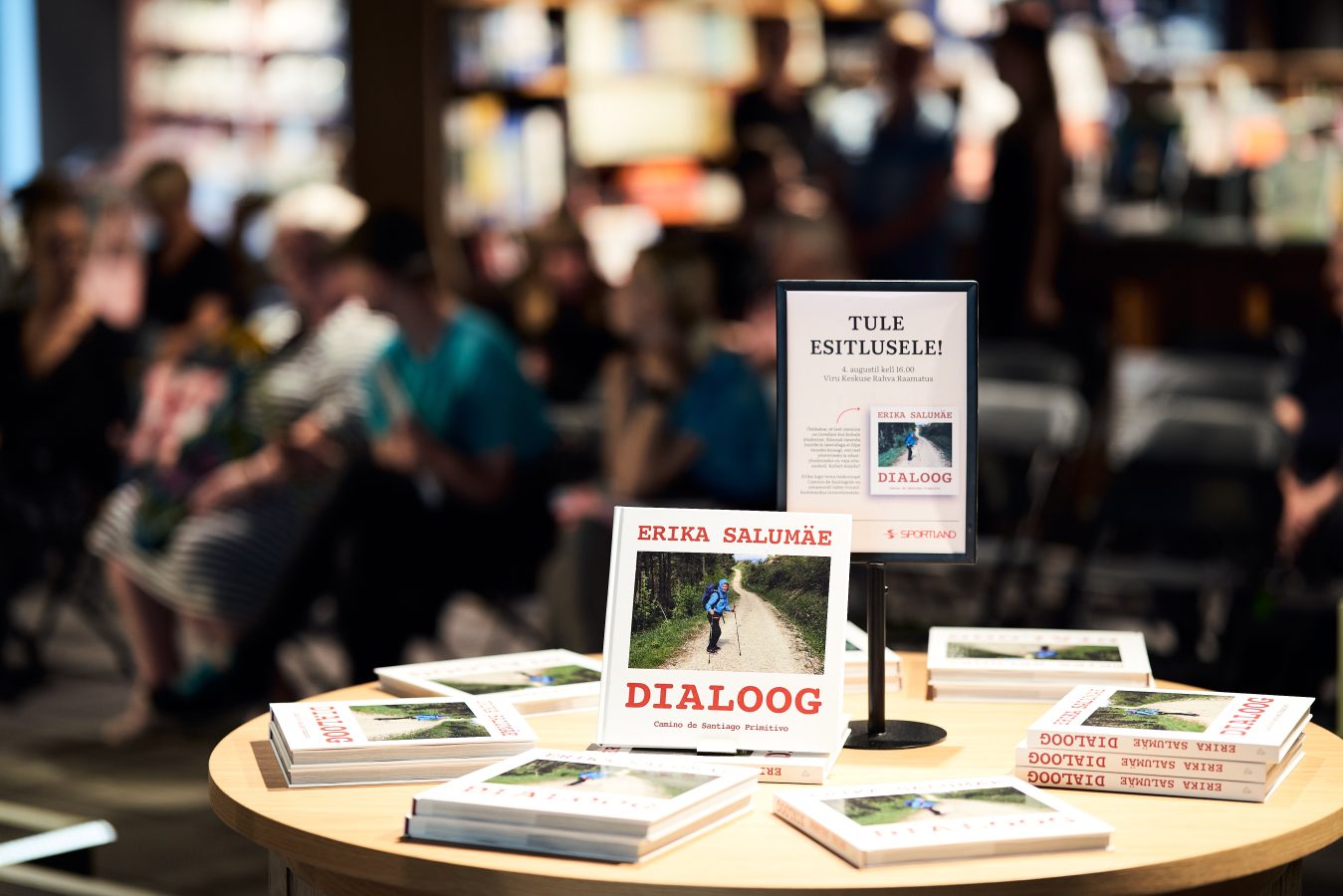 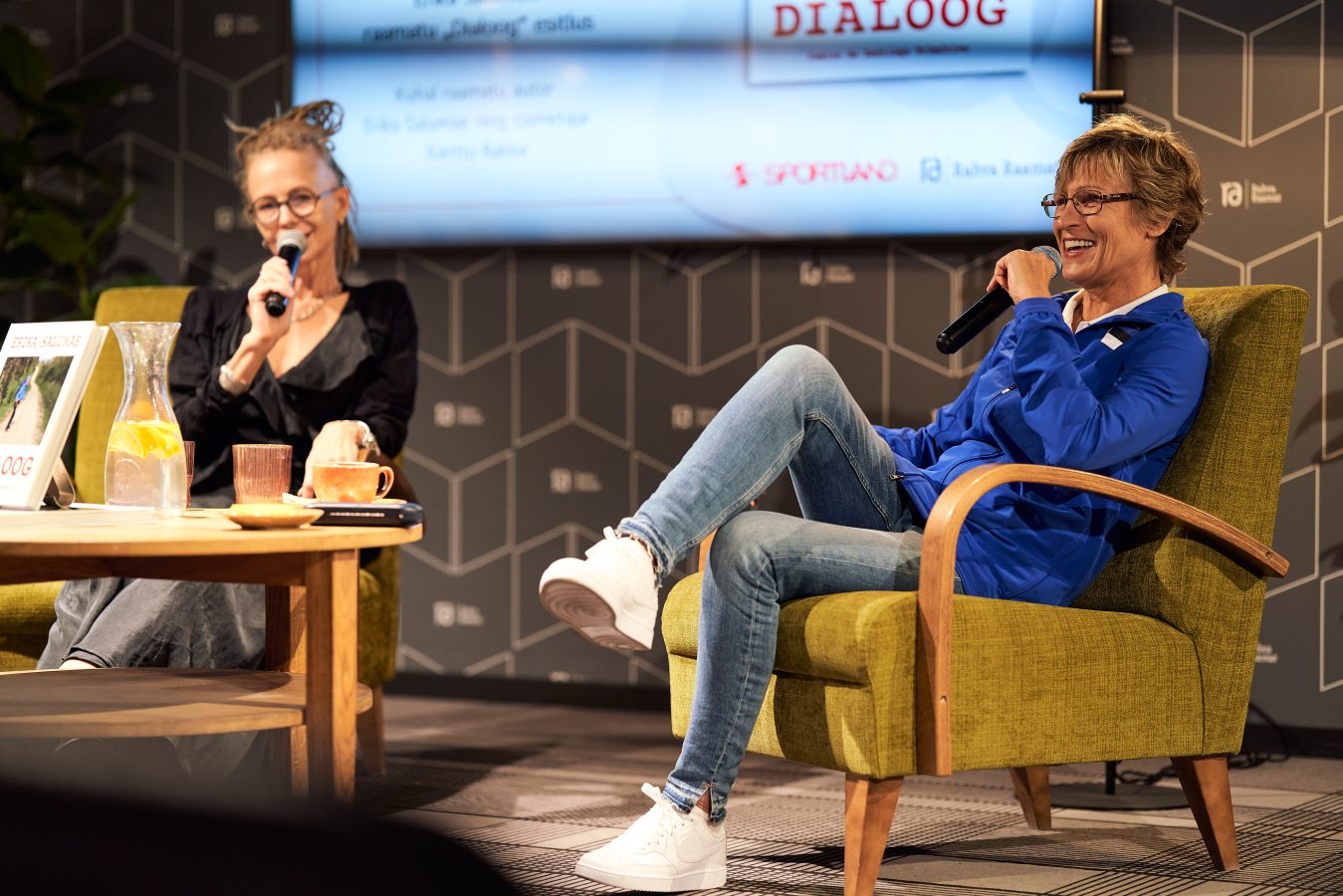 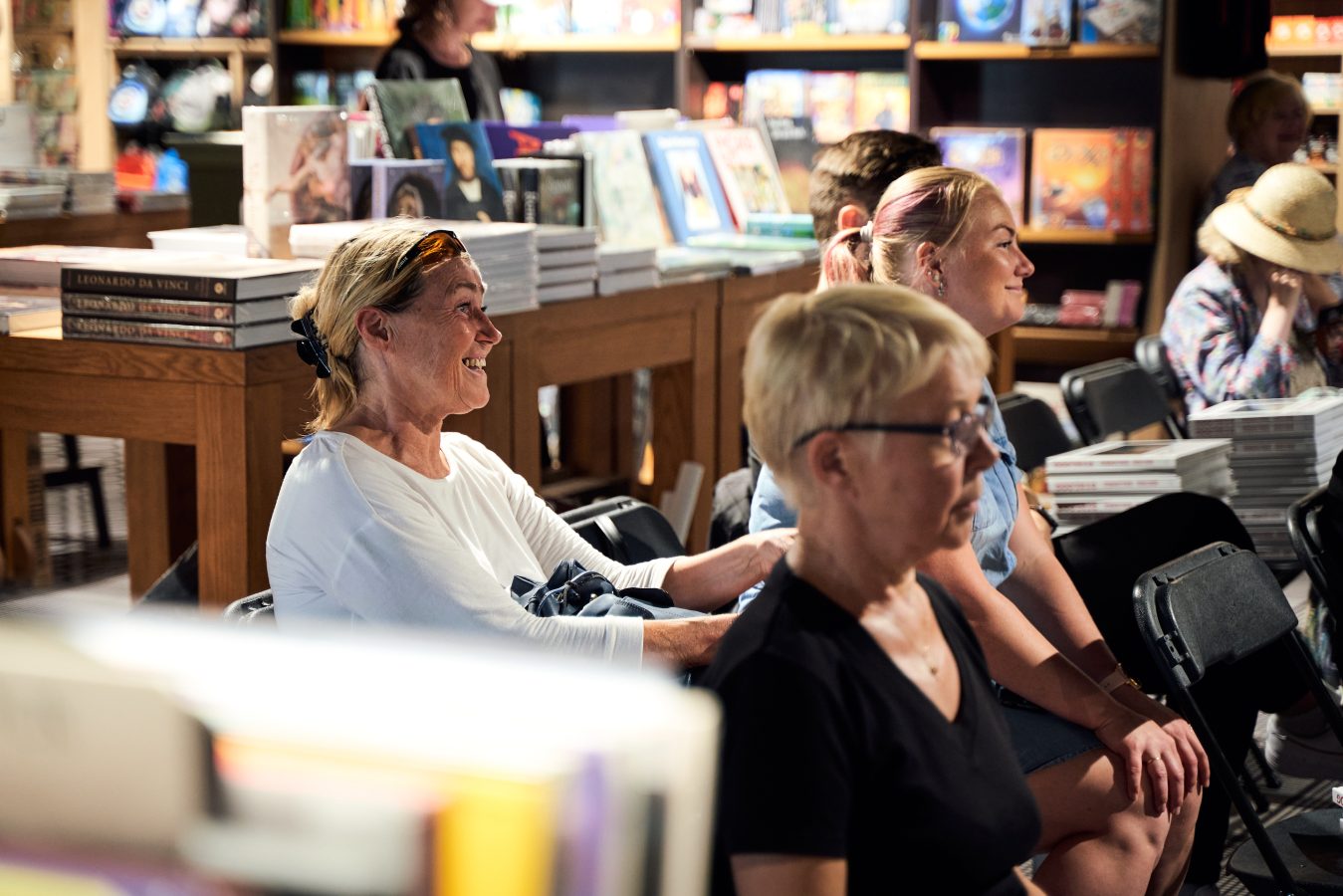 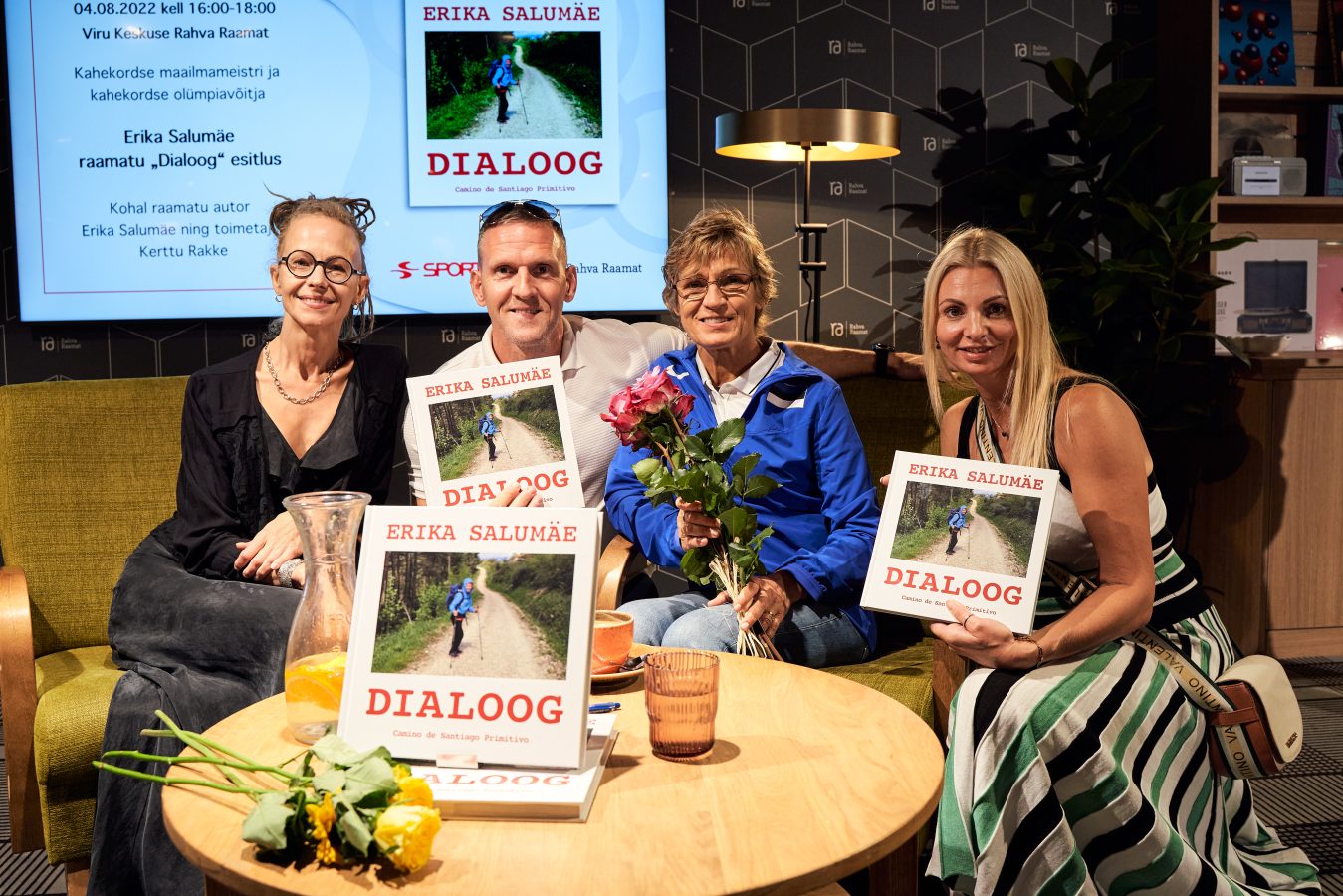 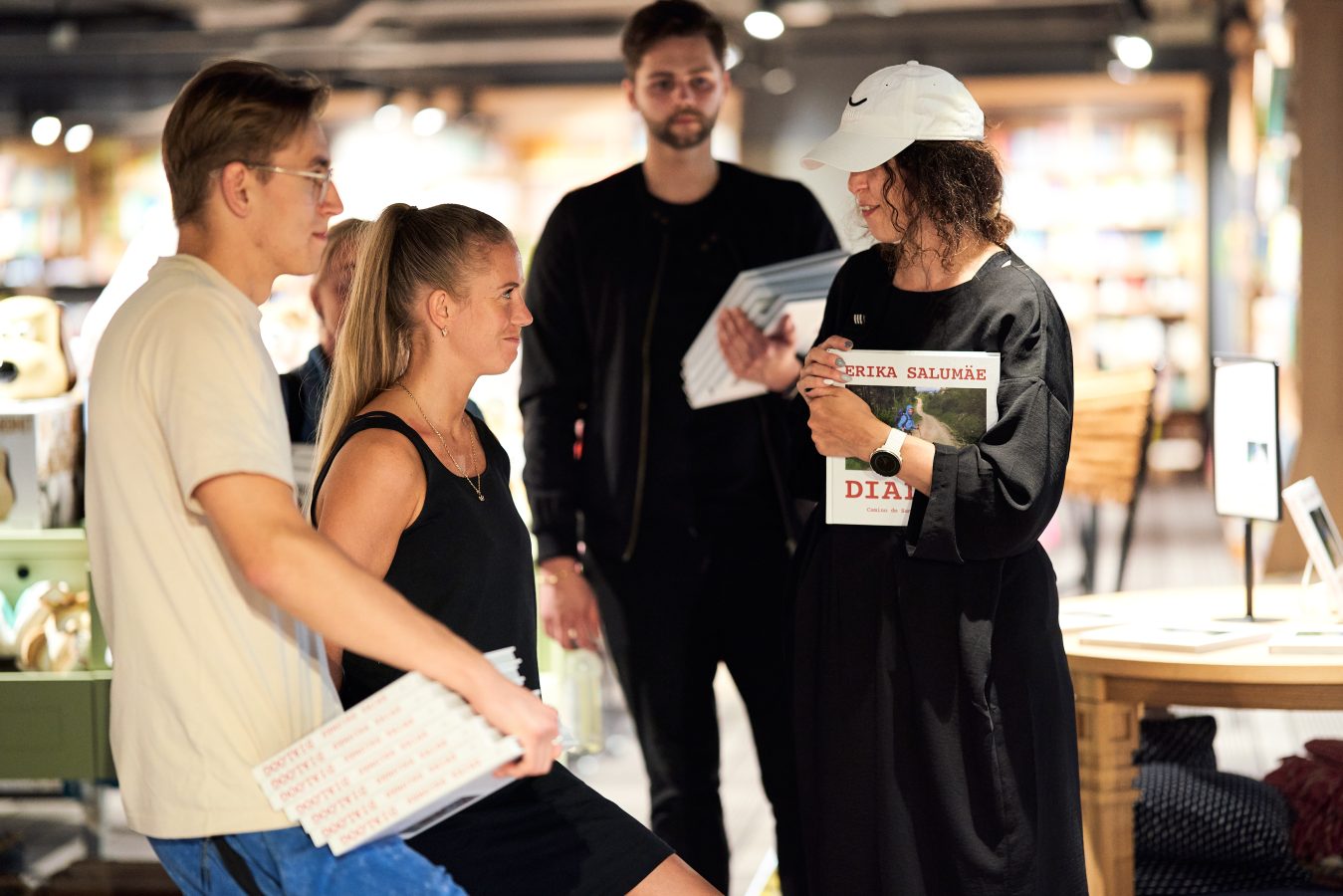 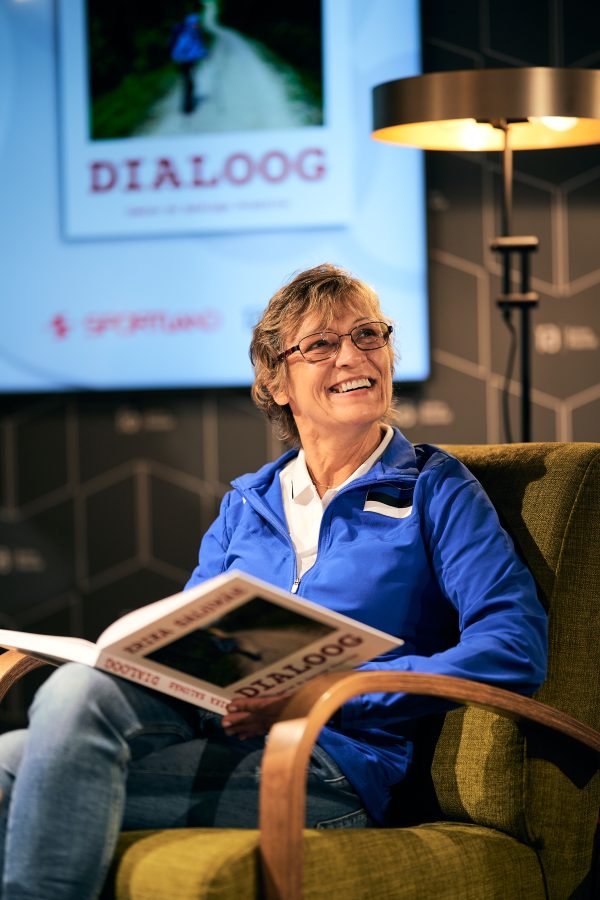 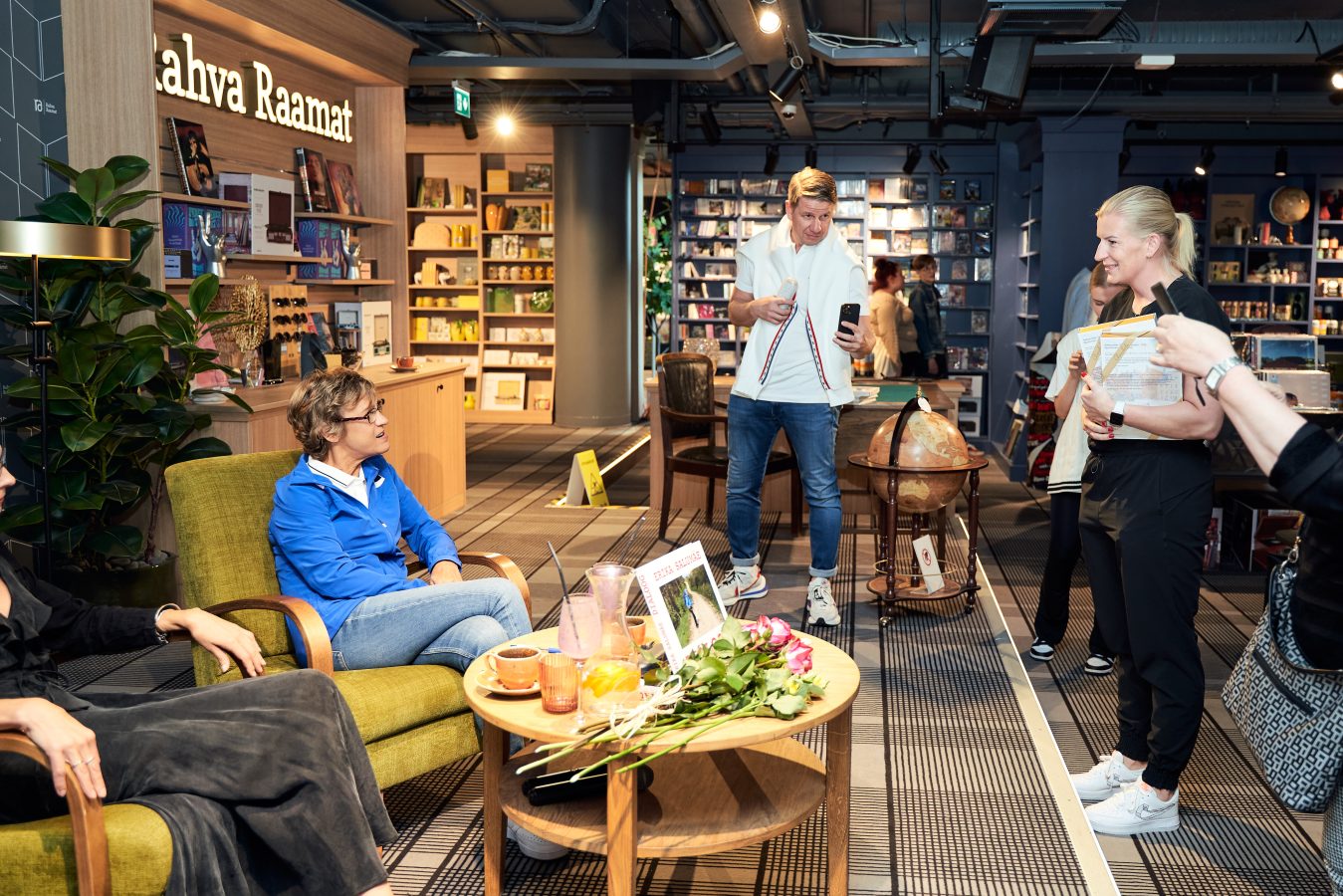 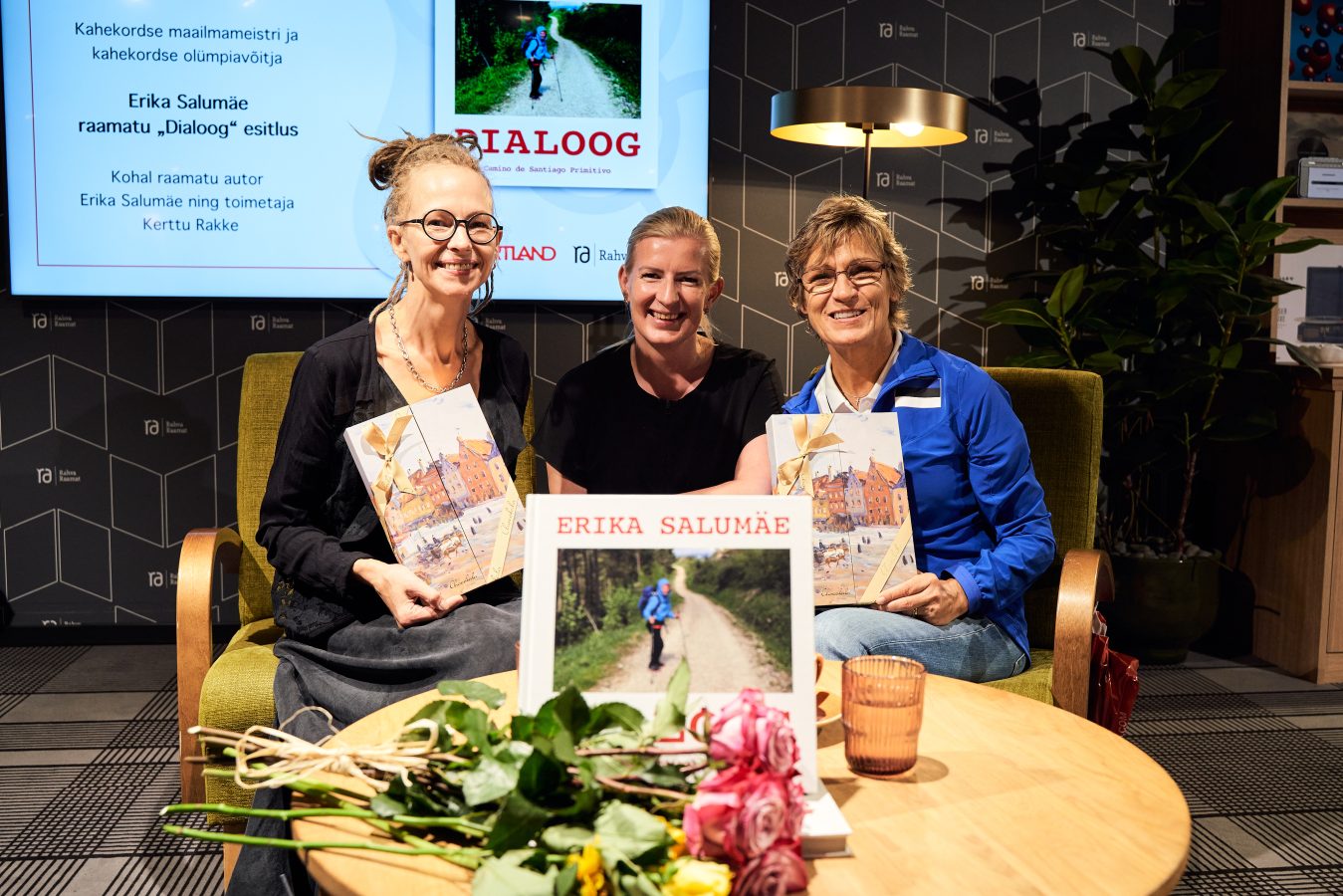 A week ago on July 31 was the 30th anniversary of the first Olympic gold medal of the Estonian Republic after regaining its independence. Erika Salumäe won the gold in track cycling sprint at the 1992 Barcelona Summer Olympics. It was the first time for the blue, black and white flag to be raised in an Olympic stadium. It was upside down, but a proud moment nevertheless! During her sports career Erika Salumäe has twice won the gold medal at the Olympics and she was also twice crowned the world champion. The racing suit that she wore to win the first world champion title along with the wear and tear, and drops of sweat from the competition, is now framed and displayed on the wall of Sportland in Viru Keskus. Erika visited us in person to adorn the plaque with her autograph, recalling how the pair of skates that brought the Olympic gold to Ants Antson once inspired her to keep working hard for her sports career. Bringing sports trophies to people, to the young, hobby or professional sportsmen is invaluable due to that.

That day Erika Salumäe also presented one of her next achievements in our centre. Those were actually two achievements: her walking tour of 320 kilometres through Northern Spain and the book “Dialoog” (Dialogue) she wrote about it. Camino de Santiago Primitivo is a mountainous pilgrimage of 320 kilometres and this is the challenge that Erika Salumäe chose for her first hiking trip. “I will certainly do this tour, whether it takes a couple of months or even half a year,” Salumäe promised in an article in Õhtuleht in 2019. In the end it took exactly one month for the sports legend to make this tour and the breathtakingly beautiful scenery helped her overcome any hard moments. Erika Salumäe wrote a book “Dialoog” about all that.

The book “Dialoog” written by world champion Erika Salumäe is available on the shelves of an equally prominent champion among bookshops — Rahva Raamat in Viru Keskus that has been officially named the best bookshop in the world.