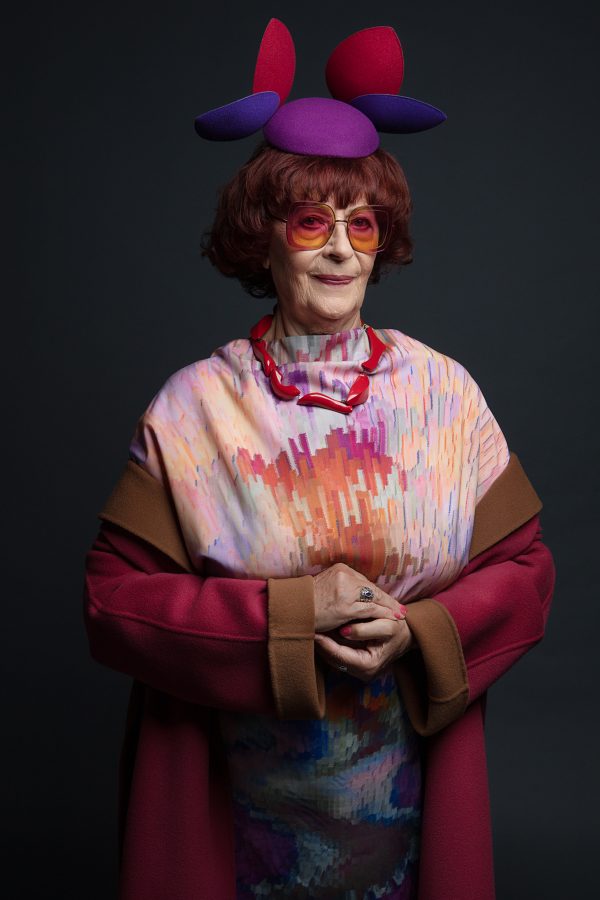 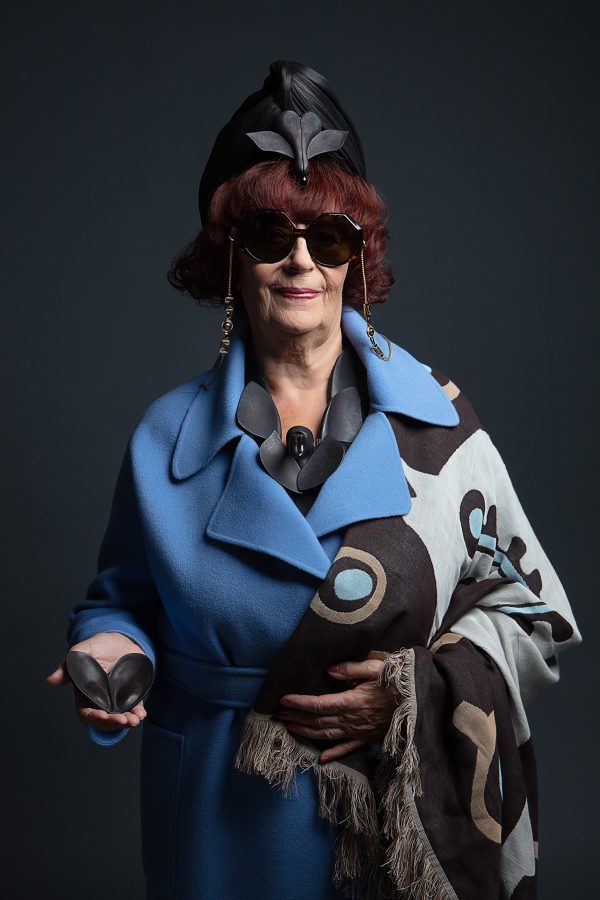 The days of Anne Erm, the leader of the Jazzkaar festival, are filled with the work of organising the Jazzkaar 2021 festival this August. Yet, despite her busy schedule, she made time to inject freshness into life and joined the campaign Viru Keskus is holding, “We Wear Culture”, which gave Estonian culture life “engines” the opportunity to participate as models in creating a series of fashion photographs.

According to Anne, it is very important to support culture and she is glad that Viru Keskus wanted to draw attention to that.  “When Viru Keskus contacted me, I knew that working with them would mean creating something cool and crazy again. I am not exactly a punk lady to constantly do such crazy stuff, but in Jazzkaar, we have always had the utmost of trust in Viru Keskus.”

In fact, the cooperation started even before Viru Keskus was established: “Before Estonia regained independence, the Viru Hotel was an important oasis of spreading the Western culture. We were good partners for twenty years – all of Jazzkaar’s party bands performed in the Amigo club in festival evenings; later we also used the conference centre as a concert venue,” Anne recalls. Today’s Viru Keskus is also close to Anne’s heart: “The people are cool here and they have fresh creative ideas. The centre is an inspiring example for guests in terms of its good sense of style, order and cleanliness.” The current cooperation between Viru Keskus and Jazzkaar has lasted for more than ten years – they have organised exhibitions and free day concerts together, and Viru Keskus has provided support for bringing Jazzkaar’s main performers to Estonia.

Complicated times did not reduce the will to cooperate

For the last two years, organising festivals has been affected by unforeseen situations and lack of certainty, but Jazzkaar has not even thought about cancelling the festival. Last year, Jazzkaar was initially supposed to take place in April, but had to be postponed till October. European and Estonian artists participated, because it was very difficult for the US artists to travel to Europe. This year, the organisers were prudent to plan already in winter for Jazzkaar to take place in August:  “We believed that there would be no restrictions in August, but it turns out that we were wrong. The course of the COVID situation is unpredictable – the performances of some US jazz stars had to be re-scheduled again – till November, December, April 2022, but sooner or later, the audience will be able to listen to their favourites,” confirms the festival director.

The Jazzkaar team has developed a system for making the festival safe, and it was also successfully tested last year. The 32nd international festival will take place from 23 to 29 August, offering more than 50 concerts in five Estonian cities, with performers from 10 countries. “During the festival, the largest venue will be the Vaba Lava theatre hall in the Telliskivi Creative City, which accommodates an audience of five hundred people. We believe that the majority of jazz lovers have a vaccination certificate or a certificate of recovery from the illness; we ask them to bring it along and show it before entering the concert hall. Visitors without a certificate can take a quick test on site. Because of all of this, we ask people to be ready to come a little earlier than usual.”

In difficult times, the role of supporters of culture has been especially important, and Anne and Jazzkaar want to express sincere thanks to the supporters, because their share in the festival budget is very substantial. “One third of Jazzkaar’s budget comes from private supporters, a third from the Ministry of Culture, the City of Tallinn and the Cultural Endowment and a third of the revenue is generated by us, meaning ticket sale, which is significantly lower than in previous years because of the pandemic.  We are very grateful to the supporters, who have stayed with us and who believe in our goals and quality, and who, despite the difficult situation of their own companies, still support us.”

The summer has been full of exciting culture events

In the first half of the summer, there were no restrictions enforced on attending cultural events and many music lovers enjoyed that. “I chose a cultural event for almost every night – because good emotions help to restore the energy. Every year, I listen to the concerts of the Pärnu Music Festival, the internationally staffed Estonian Festival Orchestra led by Paavo Järvi is simply the best in the world. I attended the opening of the Saaremaa Opera Festival, I went to the Taff Festival in Haapsalu, the Glasperlenspiel Festival in Tartu, and when I’m in Tallinn, I naturally also visit both classical music and jazz concerts here.” Due to having her roots in Pärnu, Anne is also attracted to the sea and the beach. She visited a few times and reminisced on the island of Vormsi, where the summer camps of Jazzkaar volunteers used to take place at Vormsi enn’s (Anne’s deceased husband; NB! enn is spelled in lower case, at his request) place…

“The best way to help with stress is to have the opportunity to meet friends. Morning shindo and yoga practice also helps one stay in shape.  When it is possible to take workout sessions again, I will definitely do it,” Anne says. She has been very flexible since she was a child, when she practised artistic gymnastics for a few years, and now it comes in handy.

Anne wishes for Jazzkaar to be able to take place and to make music lovers happy, for Viru Keskus and other cultural, entertainment and shopping venues to stay open, for us to find ways to collect positive energy and live without losing the sense of freedom. “Each of us has a responsibility to take care, be caring towards and notice ourselves, our friends and loved ones. We hope that three-quarters of the population will be vaccinated soon and that people in all walks of life will be able to act freely, fulfilling their wishes and dreams,” concludes Anne.

For the list and availability of the sets of clothes our “Culture Wearers” wore, keep an eye on our Instagram feed.