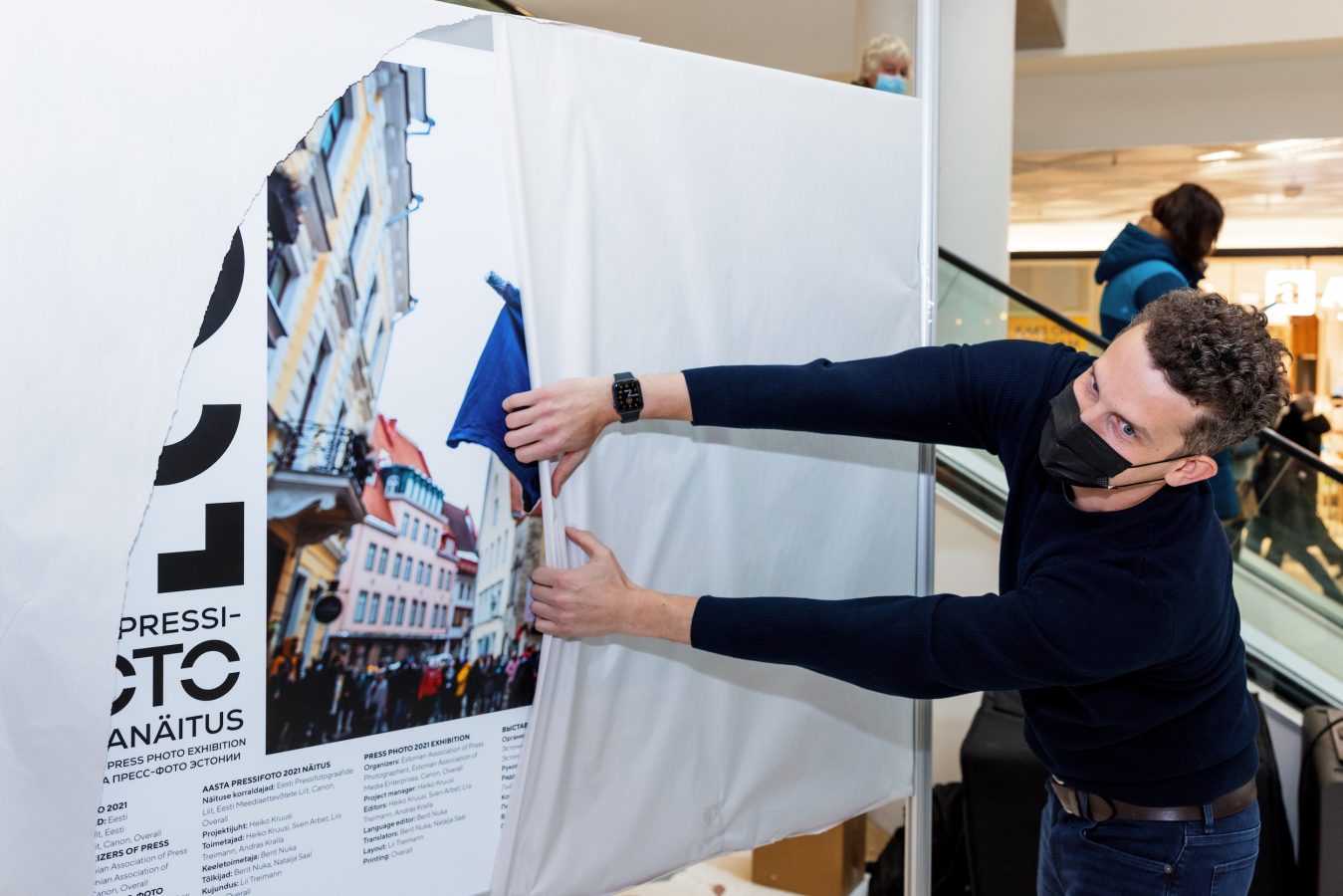 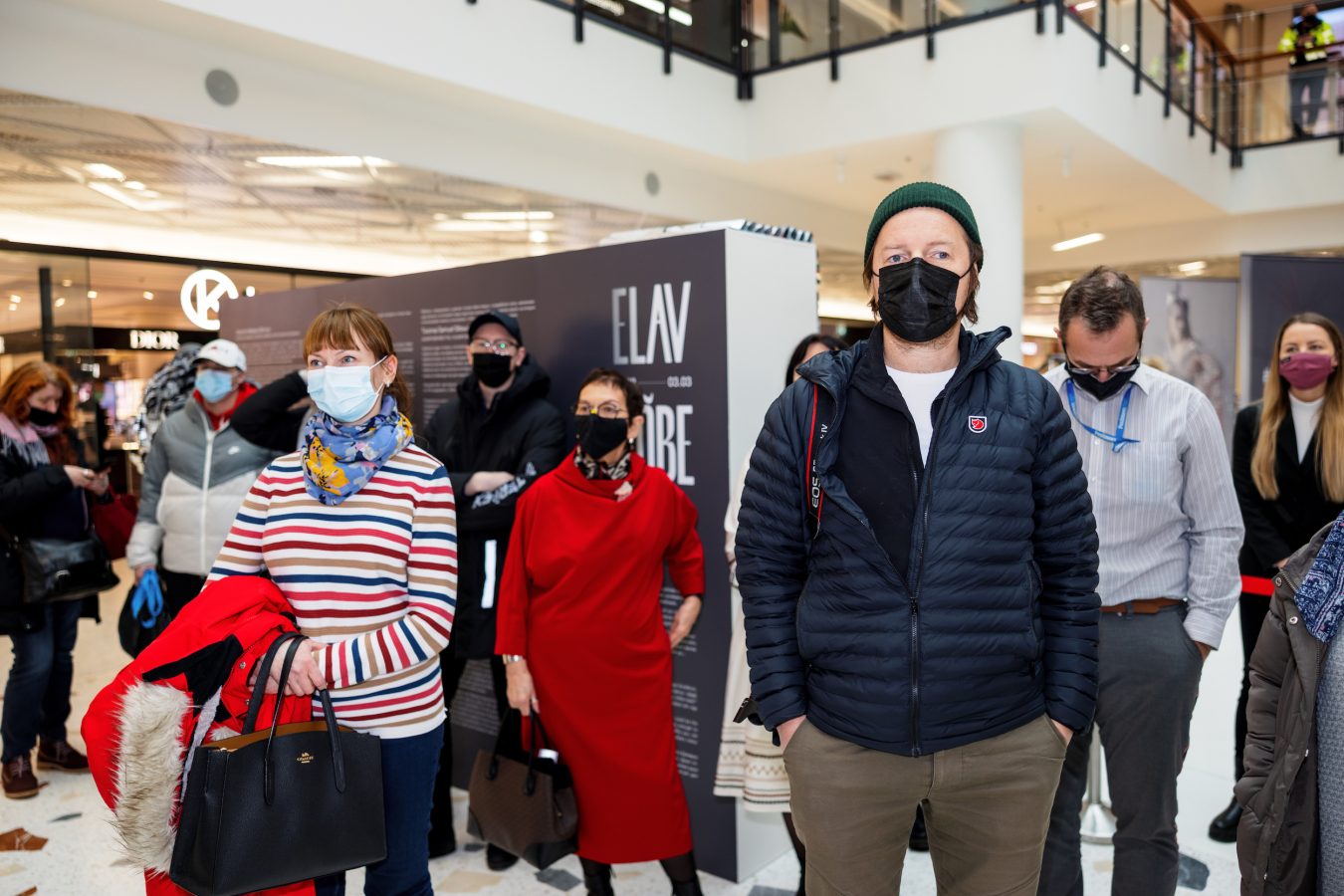 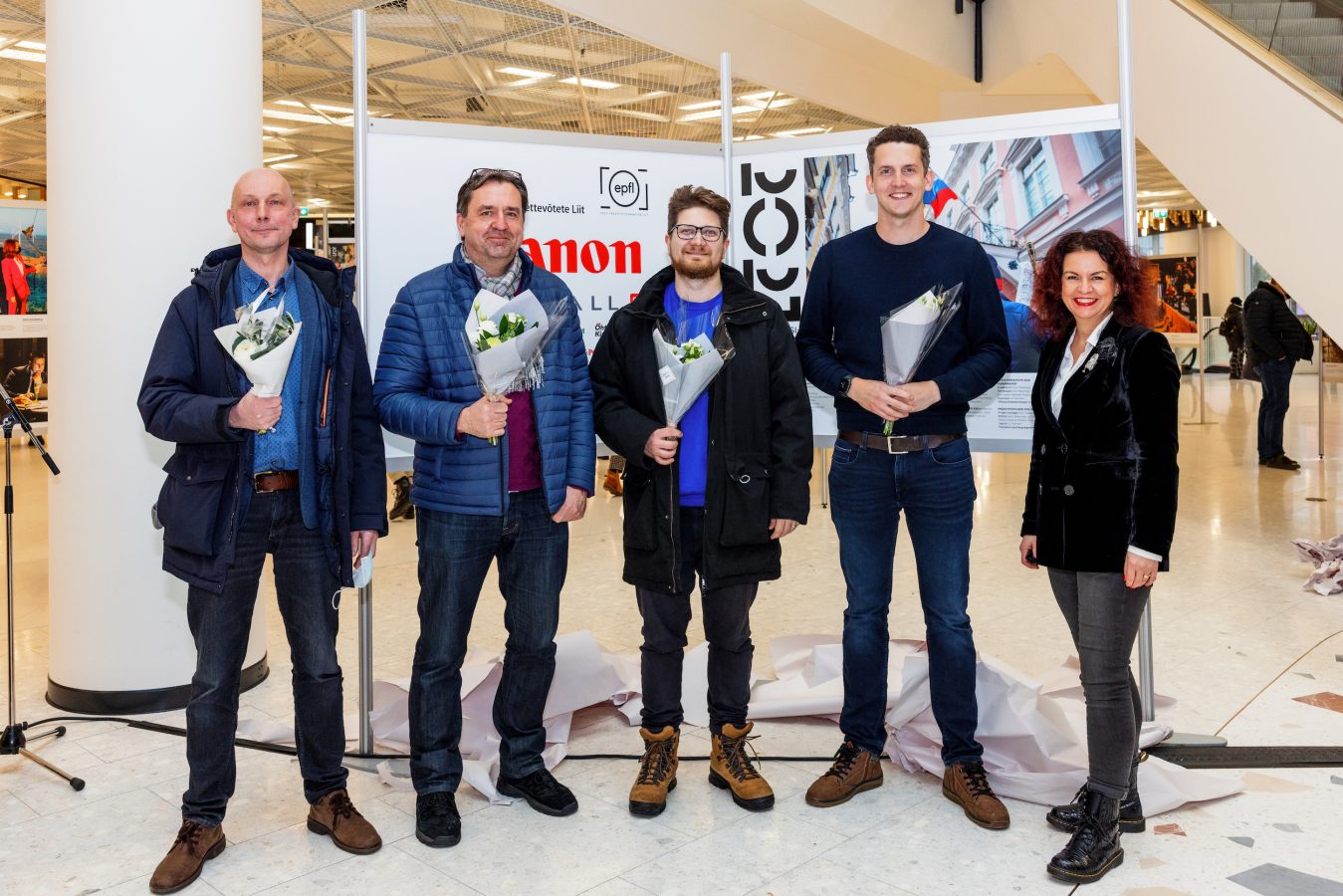 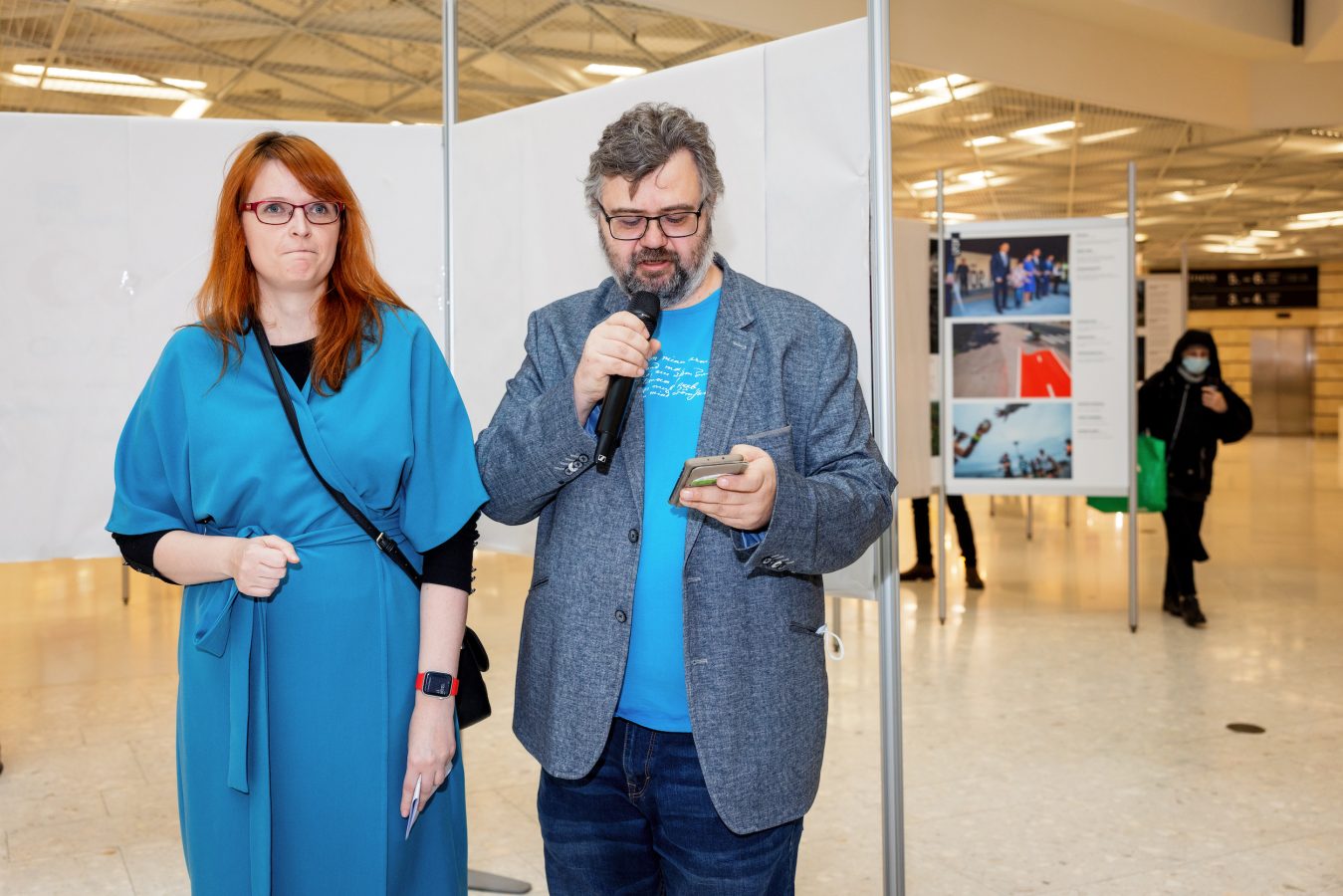 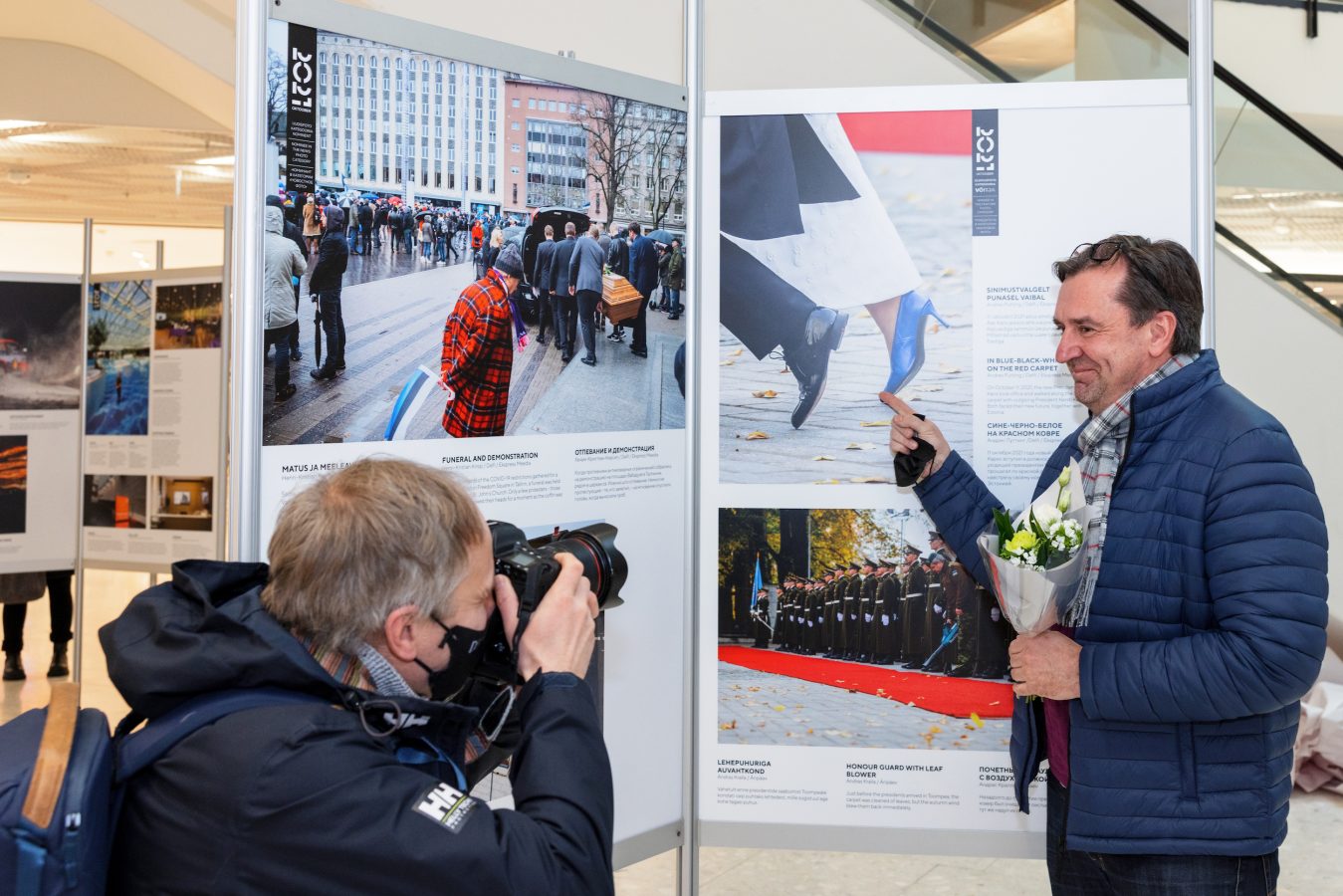 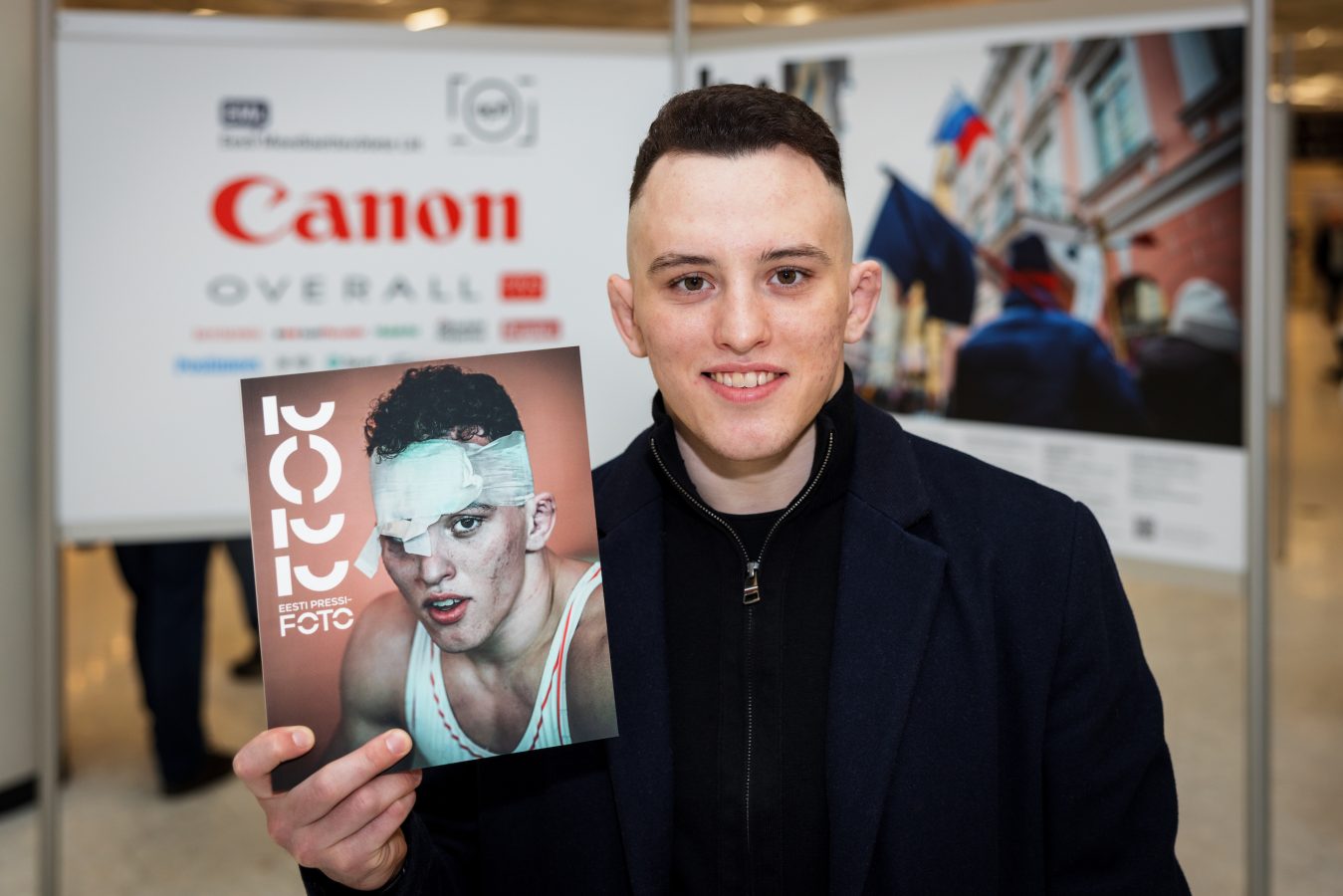 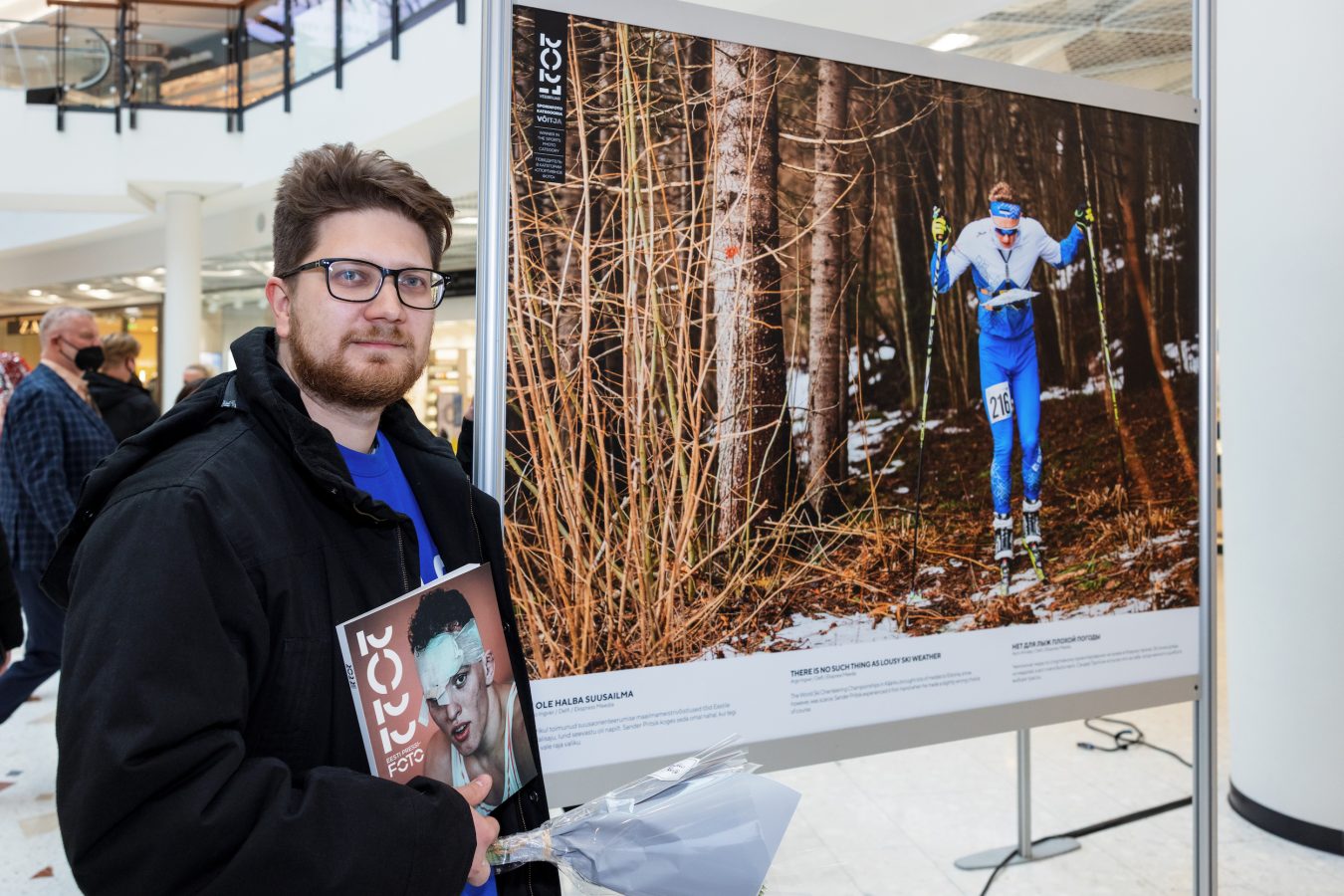 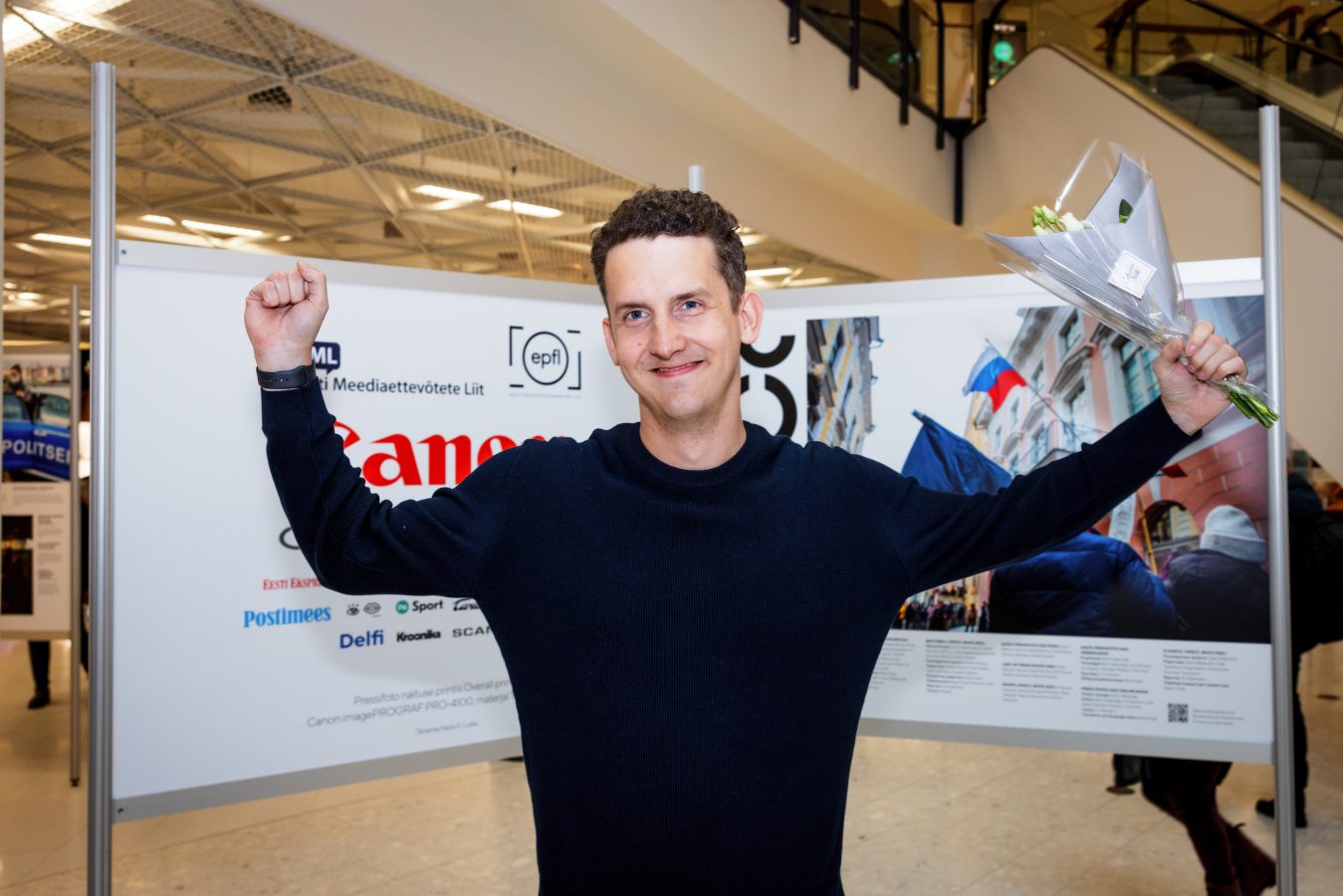 The best photographs of 2021 are displayed at the Estonian press photography exhibition opened in the Atrium of Viru Keskus yesterday, February 17. The jury announced the winners of the photography and video awards. From the nearly 700 submissions to the competition the organisers of the exhibition the Estonian Association of Press Photographers (EPFL) and the jury of Estonian Association of Media Enterprises (EML) in cooperation with Canon and Overall Pro Shop selected the winner of the 2021 Press Photography award title and the best news, feature, sports and portrait photographs. At the festive ceremony Madis Veltman, photo-reporter of Postimees, was declared the main winner with his photograph of a demonstration in support of Navalny. At the same time they introduced the freshly printed yearbook “Eesti Pressifoto 2021” that gives a more in-depth overview of the major events last year in Estonia.

The winner of the best news photo title is  Madis Veltman , photo-reporter of Postimees, with his photo of a demonstration in support of Navalny. On January 23, 2021 there was a demonstration at Vabaduse square in Tallinn and on January 17 in front of the Russian embassy in support of the arrested Russian opposition leader Alexei Navalny. According to Navalny the FSB chemical weapons expert Konstantin Kudryavtsev admitted that the federal security service tried to kill him by placing a nerve toxin in his underpants. Inspired by that one of Navalny’s supporters had decided to hoist a pair of underpants as a symbol of the event. Next to him there was another item that had become a symbol of protest — a toilet brush with the price tag of €700 from Putin’s palace. Madis Veltman won the title of the best press photography of 2021 with the same photograph.
The award for the best feature photograph went to Andres Putting from Ekspress Meedia with his photograph “Marching in step toward the future under the blue-black-and-white on a red carpet”. The new Estonian president Alar Karis took office on October 11, 2021 and he marched on a red carpet with the former president Kersti Kaljulaid. Both were facing their new future along with Estonia.

The award for the best portrait photograph went to Erik Prozes from Postimees with his photograph of a book salesman in Kabul. There is the book salesman Ezatullah Zawab (55) and his son Autallah helping him in the bookshop in Kabul, lighting the scene for his father’s photograph with an oil lamp during another power cut. Due to Taliban coming into power the same darkness has descended on the intellectual life there, but people like Ezatullah are nevertheless trying to keep it alive.

The title of the best sports photograph went to Argo Ingver , photo-reporter of Ekspress Meedia, with his photograph “There is no bad skiing weather”. The world championship competition in ski-orienteering in Kääriku awarded Estonia with a shower of medals, but the skiing conditions were nearly at the melting point. Sander Pritsik had to experience it firsthand when he made a bit bad choice of tracks.

They also announced the winner of the press video competition. The award for the best press video in 2021 went to Andres Haabu and Sander Punamäe of Postimees for their video “On the frontline: Kirill & Aleksandr”. This is a video story of the gunman at Ülemiste who got a real gun in his hand and turned a new page in life. Kirill Orlyshev had cruised around Tallinn and taken shots with his starter gun through the car window. Later he said that it was just a joke gone bad.

“The exhibition of 2021 gives an overview of the fall of the government, the creation of a new one and confrontations at demonstrations. There are also moments from the presidential elections, car rallies, tears from the Olympic Games and of an ordinary person’s life after a winter with coronavirus. And lots of other exciting photos,” said Liis Treimann, the chairman of the Estonian Association of Press Photographers , commenting on this year’s exhibition of press photographs.

The annual exhibition of press photographs will be open in the Atrium of Viru Keskus until March 3, 2022 (incl.).